I get really upset whenever I see ban on motorcycles on the Causeway Bridge in New Orleans to Mandeville at times. The ban is aimed at motorcycles. I noted the ban takes place when the windsock on the bridge was full out, (which means it is at least 15 knots wind velocity. Often the weather is otherwise clear. Yet I noted motorcycles are prohibited under such favorable conditions. Motorcycles are constantly singled out and discriminated against by the Causeway Commission. 15 knots is very easy to deal with. I have raced motocross with huge jumps in 60 mph winds and 300 ft. jumps with no problems.

THE KINDER, GENTLE APPROACH HAS NOT WORKED SO FAR-

I wrote several letters to the Commission asking for the policy and information on motorcycle crashes. I did not get a response. I let it go due to my lobbying efforts with the Louisiana Legislature getting the anti-profiling bill, blood and urine testing bill, and the All Model Vulnerable Road Users Act resolution passed.

MY STORY OF WHEN IT BECAME PERSONAL TO ME-

But then it was a beautiful day with less than 15 knot winds and the F.A.A. weather reporting said it as V.F.R. (very good for visual flight) with no warnings in the forecast for the rest of the day until at least sunset. On return to Metairie on the Causeway, the “NO MOTORCYCLES “electronic warning appeared. I was stunned. I went to the toll booth and asked why there was a ban on motorcycles with little wind, (less than 7 knots), and clear weather. I was told by the toll booth operator, “the weather later that evening was forecast to be bad”. I told the operator it would only take me 30 minutes to cross to Metairie and could I please cross. I was told not to proceed or be ticketed and turned around.

I checked the weather radar on my phone with Foreflight, a tool pilots use. There was no bad weather in the area within 100 miles and winds were very low all evening.

Maryland Department of Transportation Agency rule for its bridge over water is as follows:

On all MDTA bridges, wind warnings and restrictions would be implemented as outlined below *:

• Wind Warnings (sustained wind speeds of 30-39 mph for a continuous period of 10 mins or more; or wind gusts persistently exceed 30 mph over a period of 15 mins) operators of house trailers, box trailers, motorcycles, vehicles with roof-mount racks containing cargo or any other vehicle that may be subject to high winds are advised to use caution while traveling across the bridge.

• Limited Wind Restrictions (sustained wind speeds of 40-49 mph for a continuous period of 10 mins or more; or wind gusts persistently exceed 40 mph over a period of 15 mins) house trailers, empty box trailers or any vehicle that, in the opinion of law-enforcement personnel, may not safely cross the bridge will be prohibited from traveling the bridge. Motorists who are denied passage will be assisted with safely turning around.

• Full Wind Restrictions (sustained wind speeds exceeding 50 mph for a continuous period of 10 mins or more; or wind gusts persistently exceed 50 mph over a period of 15 mins) only automobiles, pickup trucks, flatbed trailers, commercial buses and heavy-laden tractor/trailers are permitted to cross the bridge. Tractor-box trailer combinations will not be permitted to cross any bridge if the gross weight is less than 64,000 pounds.

• Traffic Holds/Bridge Closure (sustained wind speeds exceeding 55 mph for a continuous period of 10 mins or more; or wind gusts persistently exceed 55 mph over a period of 15 mins) In the event of a sudden increase of sustained wind speeds or wind gusts that could jeopardize life or property, the MDTA may elect to discontinue the movement of all traffic across the bridge.

* When a wind warning, restriction or closure is implemented at the Thomas J. Hatem Memorial Bridge (US 40), no bicycles are permitted.

Note the Maryland MDTA rules applies to ALL vehicles when winds are in excess of 50 mph. This is contrary to the Causeway Commission that singles out motorcycles which is illegal discrimination under federal law.

Section 102 of title 23, United States Code, is amended by redesignating subsection (b) as subsection (c) and by inserting after subsection (a) the following: ‘‘(b) ACCESS OF MOTORCYCLES.—No State or political subdivision of a State may enact or enforce a law that applies only to motorcycles and the principal purpose of which is to restrict the access of motorcycles to any highway or portion of a highway for which Federal-aid highway funds have been utilized for planning, design, construction, or maintenance. Nothing in this subsection shall affect the authority of a State or political subdivision of a State to regulate motorcycles for safety.’’

I plan to speak before the Causeway Commission who has agreed to give me 3 whole minutes to discuss the discrimination. I then will announce a course of action that will include peaceful symbolic protests and then litigation in federal court if necessary. If you have been denied access to the Causeway when other vehicles were allowed access, please call me or email me at my phone number and email above at the beginning of this article. I will be a local bike nights at Southport and the Pit Stop to discuss and get signatures on a petition. I need you to stand up for what is right and to ban such illegal discrimination against motorcyclists.

I love motorcycling and motorcyclists. One of the great things about motorcyclists and scooter operators is there is no discrimination. We all have a common bond in our love of motorcycling. There is not race, ethnic, sex or wealth discrimination. It does not matter if you are black or white or have a 100 cc motorcycle or a 1600 cc motorcycle. We all get along. We all are brothers and sisters who care for each other. We don’t discriminate. And we should not let others discriminate against us.
It is just not right what the Causeway Commission is doing. Let’s right this wrong together. 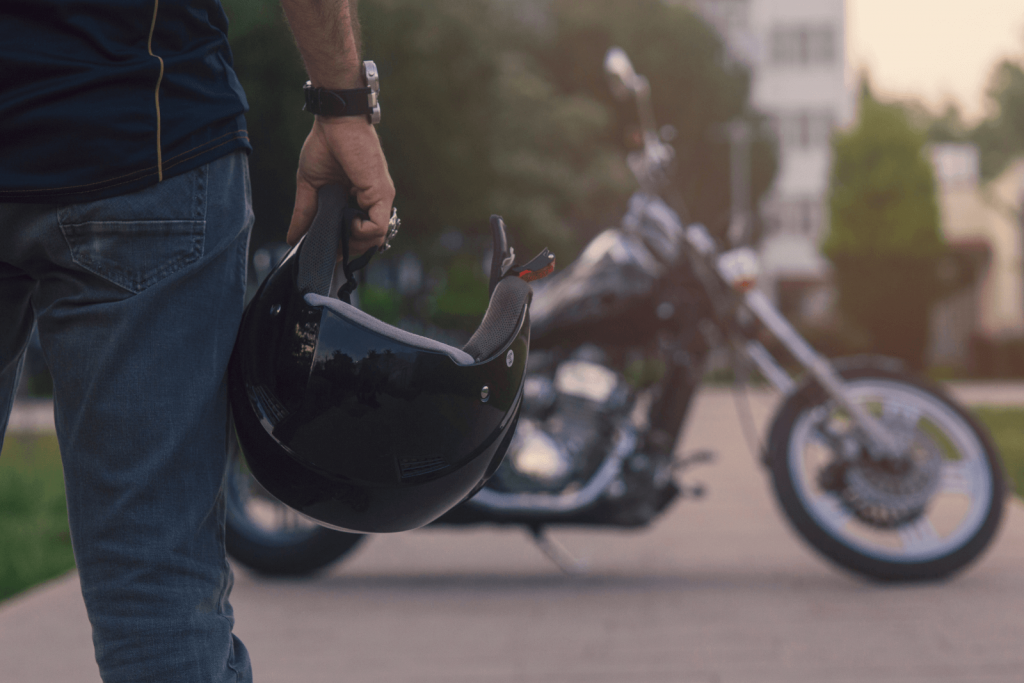 Why Police Are Biased Against Motorcyclists 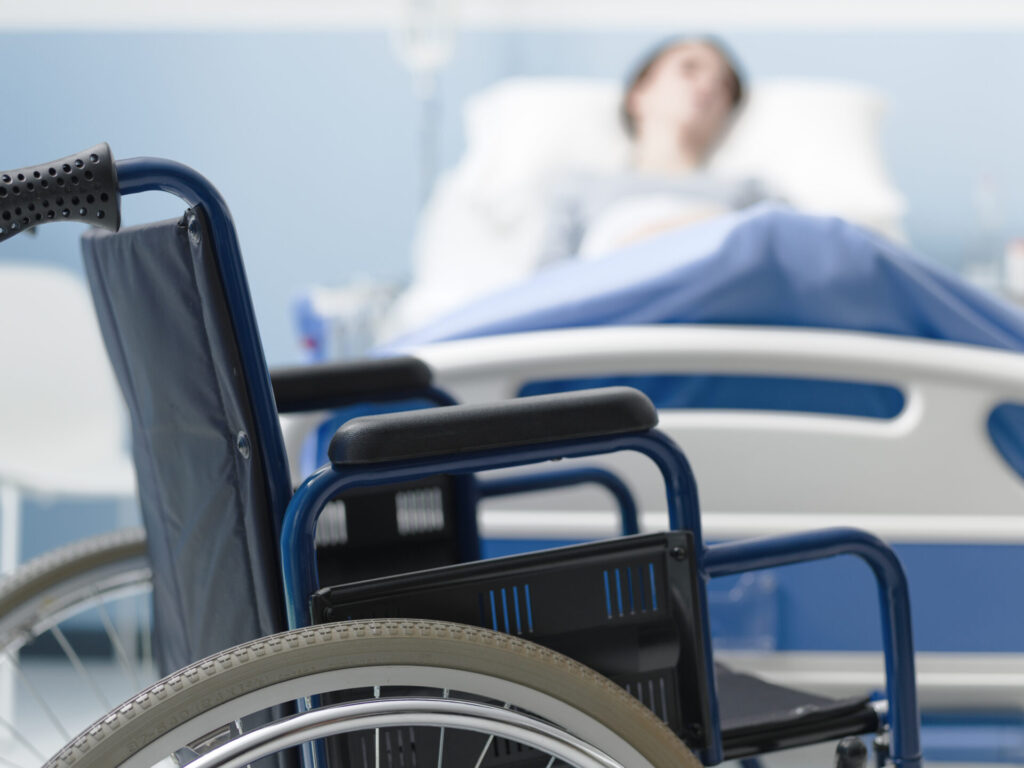 Will I Get A Bigger Settlement If I Get Surgery After An Accident? – Law Office of Glenn C. McGovern